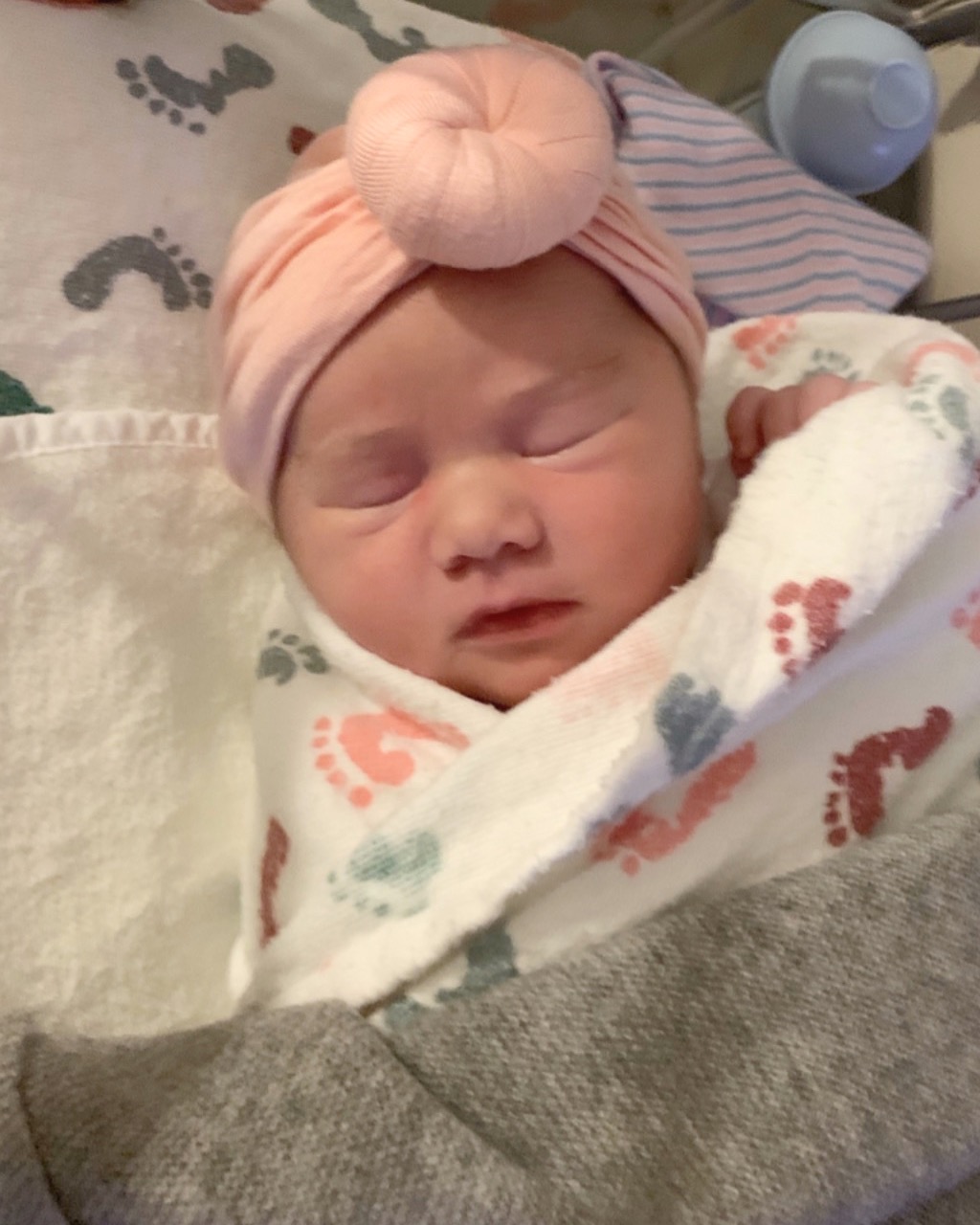 If you’ve been following me on the ‘gram, you may already know I’ve been MIA because my daughter Raquel Taylor Wulfsohn was born on March 1.

We named her Raquel in honor of my mother. It’s a name that runs in my family, and it’s also the name my mother wanted to give to me. My mom had named my brother, so my father chose my mine. She always told me she wished she had named me Raquel, because I would have been a great Rocky. I always loved the name, and it’s perfect for my daughter. Bryan wanted to name her Taylor, and since both of our boys are named after my husband’s family, we chose to name our daughter after mine. My mom’s name starts with a T, so we compromised and it became her middle name. 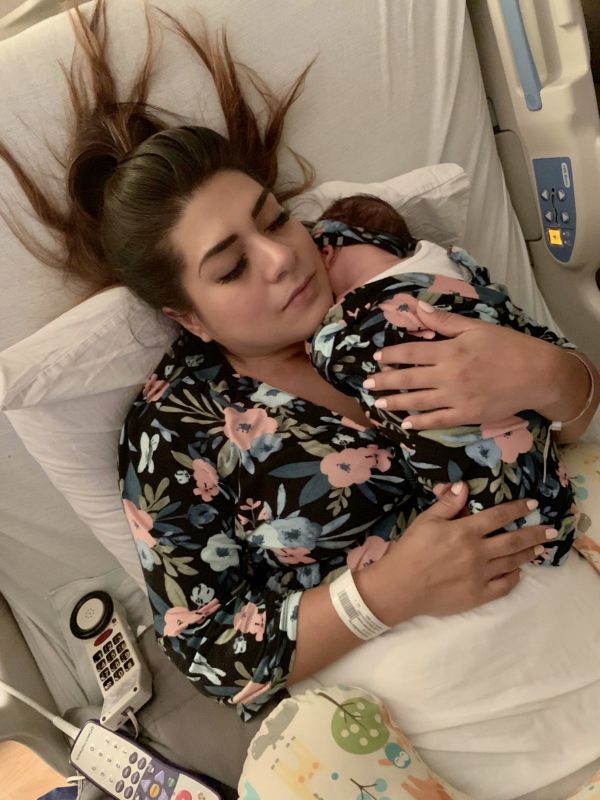 I’ve been taking some time to adjust to life as a mother of three 3 and under, and I’m thrilled to share that we are all adjusting well. I will admit that three is definitely a lot of logistics, hence my absence. The boys are in love with baby Rocky, and she definitely lives up to the archetype of the easy going third child. She naps through the live Wrestlemania and three ring circus shows daily. 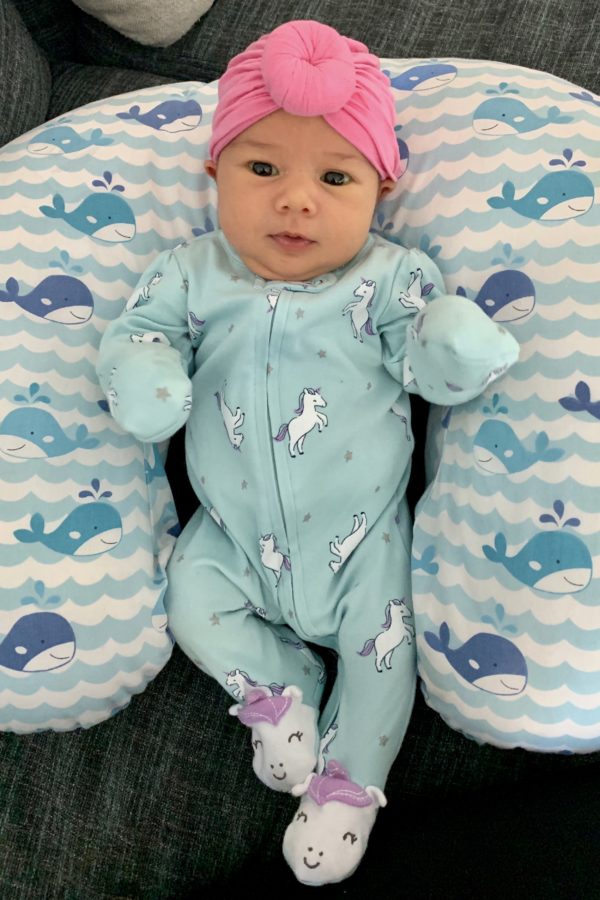 Jammies: One You by Carter’s. Turban: Topknots.

She is already sleeping for 12 hours straight through the night (I suspect that she enjoys the peace and quiet in her own room), rolling over, cooing, and she is the happiest, most smiley little girl. I’m head over heels, completely and utterly obsessed with her and I still can’t believe I have a daughter. 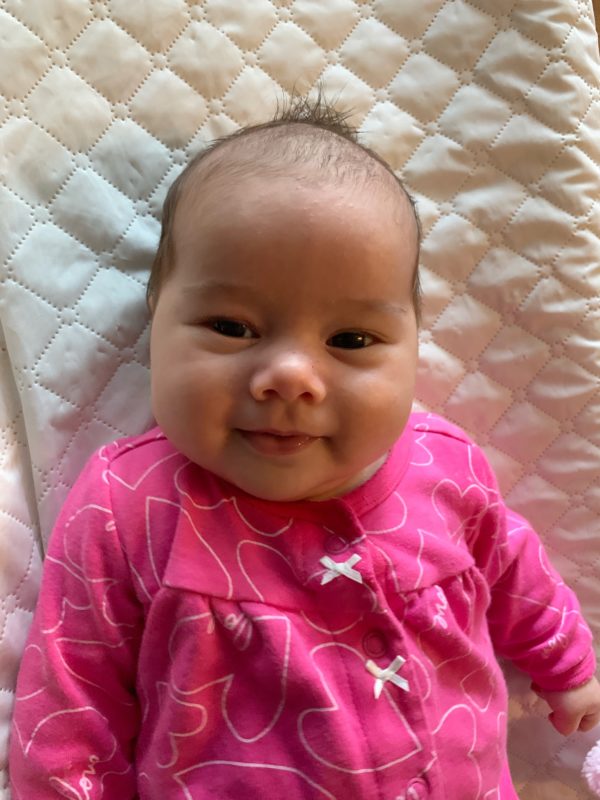 I was pleasantly surprised that the c-section was less painful the second time (more on why I chose this route here). 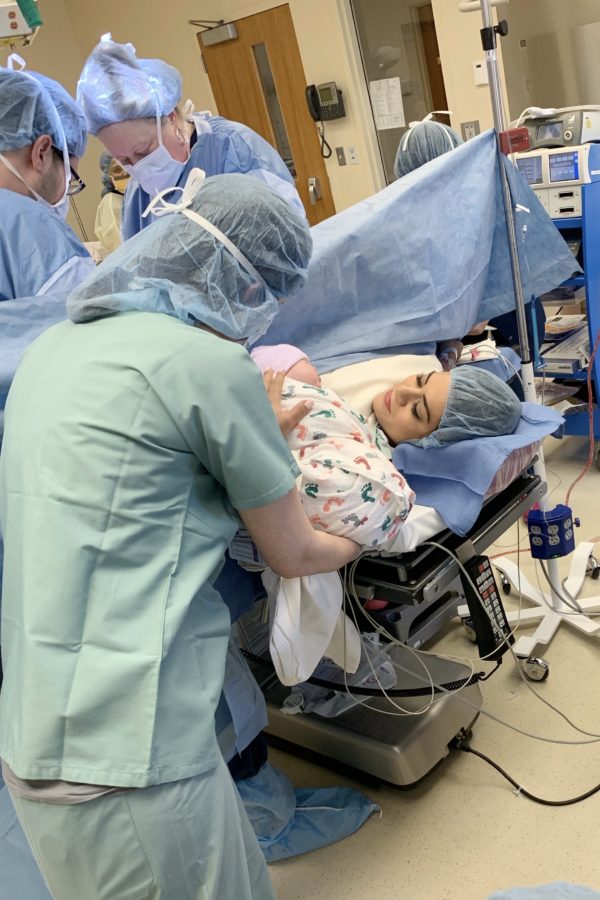 Everything went so smoothly and I was much less afraid of the surgery since I knew what to expect. My scar is also healing much better this time (I’ve been using these). Unfortunately, I contracted HIB, as in influenza B, while in the hospital and I’ve never felt so sick in my entire life. Fortunately, it kept my mind off my wound and Rocky stayed well probably thanks to my milk. The boys, however, became very sick I had to decline visitors for weeks. 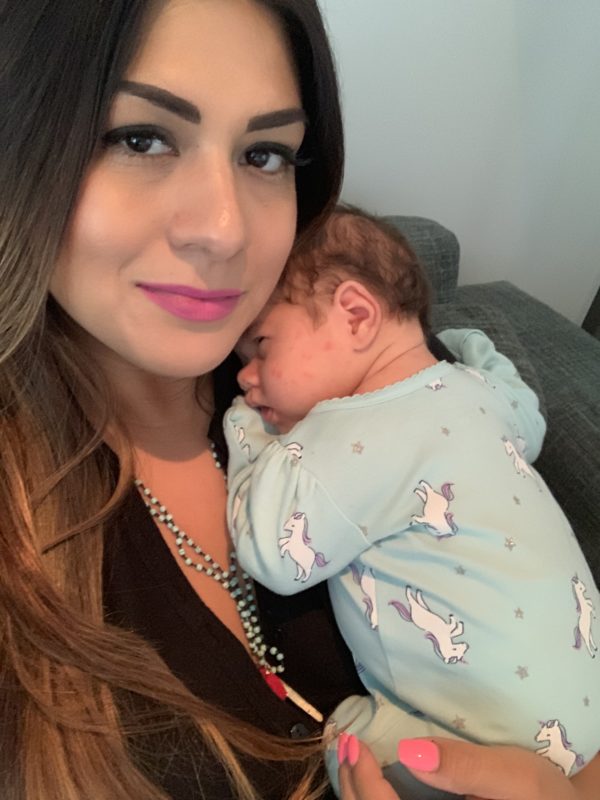 Are the bags under my eyes Chanel yet?

The biggest “thing” that got me through all of that was having a sense of humor. I just had to laugh. I held it all together until my dog’s vet told me that she would need to be put down. Luke was dehydrated from antibiotics and was getting fluids in the ER when I got the call. Finally, I broke down and had a good cry. Sometimes, we just need to let it out. 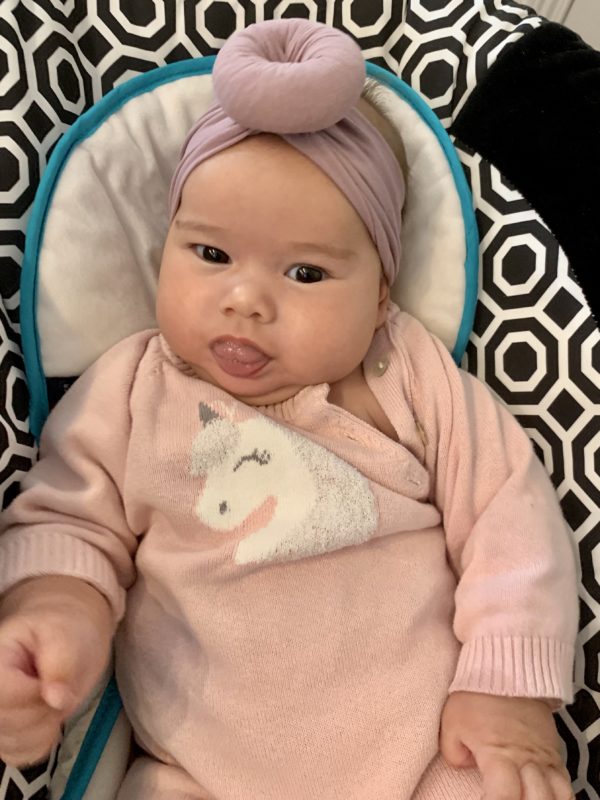 A $5,000 vet bill later, it was discovered that she had an 11 lb benign tumor. We looked like we had twin c-sections.

The catchphrase at our house became, “what ELSE?” and we would say it to the walls. Thankfully, we’ve been on the up since then. It’s good to be back, and thank you for following along on this crazy journey with me. 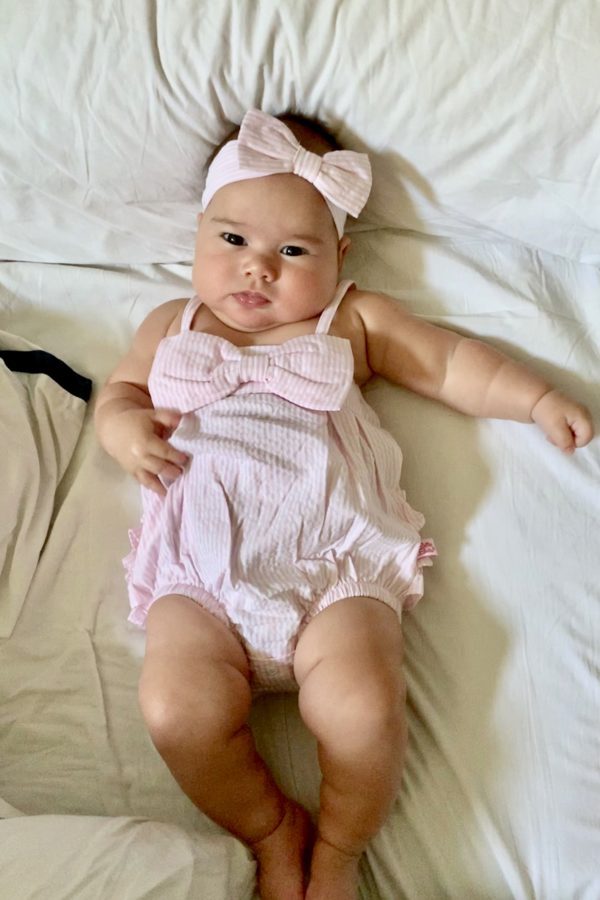 I’m soaking up her newborn sweetness because one thing I know for certain is that these days are numbered. I’m also having a ball dressing her, even if she sometimes just wears her brothers’ hand-me-downs with a bow on her head. 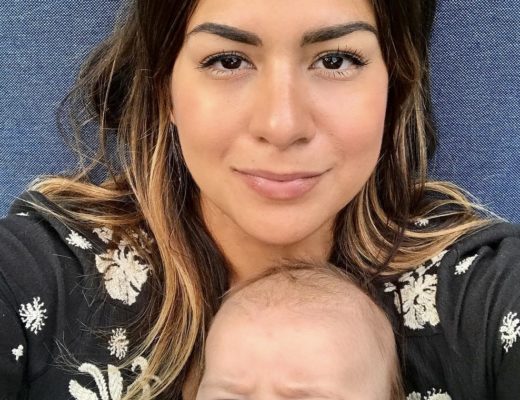 The Truth About Having It All 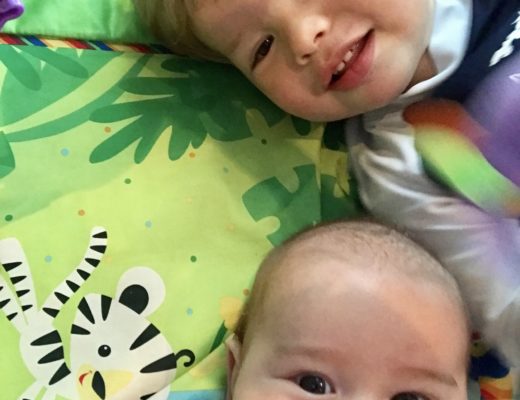 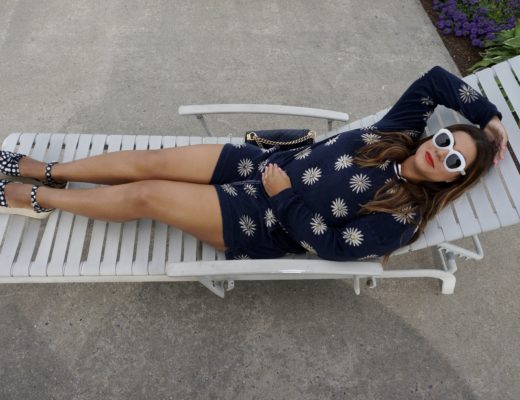