I will never forget the first time my blonde son asked me why my skin is brown. “Mama has brown skin because mama is Mexican,” I told him. I explained that people of all different colors, white, brown, and black and everything in between, live alongside one other or together, just like our family. I concluded by telling him that this is a big part of what makes us the United States Of America.

He didn’t notice the woman who asked me if I like being his nanny at the playground, or when I came home upset after being called a ‘Spic by someone else’s son who sped up to me in in a Jeep in a crosswalk while out for a walk with his newborn brother.

I gave him the book, We’re Different, We’re The Same two days later. We read it at bedtime every night (at his request) and we talked about all the different colors of the people we love.

In the past few days I’ve heard the sentiment that racism starts at home. Children aren’t colorblind, and teaching them to ignore that people are black or brown is racist, and irresponsible. While we can’t stop white supremacists from passing it on to their children, we can educate our own children to speak up for themselves and for others.

Bear came home from school a few months ago and told me that one of his friends at school told him that Mexico is bad. “What did you say?” I asked.

“I’m a Mexico!” he responded, his little fist on his chest and his smile beaming.

As for Luke, I didn’t wait for him to ask. I read him the book when he was a year old. Rocky is next.

We are not all born with the same privileges, and I acknowledge my own. I know that in raising children, especially two boys who physically present as white men, is the greatest responsibility of my life.

My children are 1, 3, and 4, and while I want to shield them for the horrifying injustices of our world, I know I cannot forever. They will know that there are people in this world who are racist, and that it is wrong to ever believe that the color of one’s skin makes one superior to another human being.

They know that Black Lives Matter.

What is happening to our country?

That is a question I have heard from many lately. My answer is always this: Our country has always been racist, what’s happening now is that many racist verbal and physical violence is being filmed and shared for the viewing by people who normally don’t see racism first hand, and that now that the person holding the most powerful public office is sharing racist rhetoric, white supremacists are feeling empowered to spew hatred publicly and murder people. For those of you who will say I should stay out of politics I will say this is not about politics it’s about human rights, and it only becomes about politics because of the former. I will also say this is my website, and I will write whatever I want. If truth hurts your eyes you can stop reading or unfollow. Or you could educate yourself starting here. 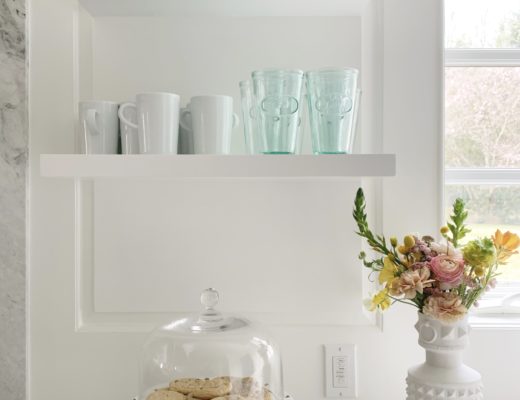 3 Dessert Recipes I Perfected During Quarantine